7 Benefits of Learning to Speak German in Germany

7 Benefits of learning to speak German in Germany!

Learning to speak German is a challenge, but it's the tenth most-spoken language in the world. It's, therefore, one which is very much worth learning, so that you're able to communicate with over 200 million people. 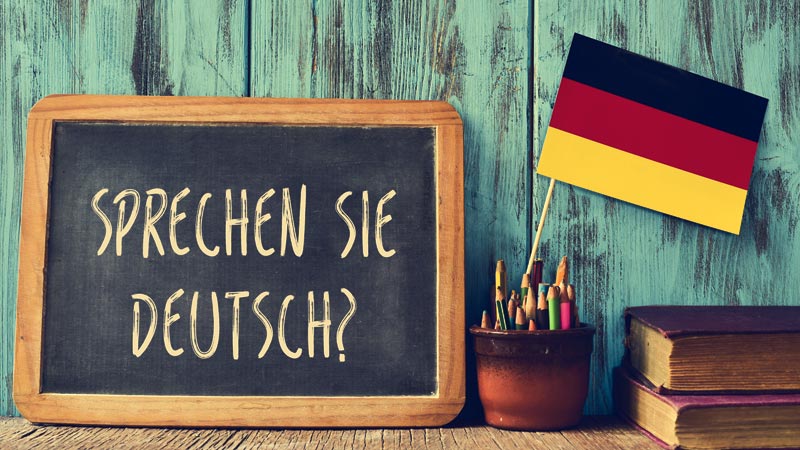 If you live in Germany, you'll have no option but to get a strong grip on the language. What other benefits are there of learning to speak German in Germany?

The most accomplished masters of the German language are, like with any other language, the native speakers themselves.

Most Germans are extremely patient with foreign students.

They realize you're trying your best and will do all they can to help you out - and offer friendly corrections to your grammar.

It's not unusual for your textbooks to teach you one thing, and for the actual use of a word to be rather different in practice.

That's because language changes over time and even the meaning of words is fluid. By speaking with natives, you're getting an insight into the language's current natural state.

You'll pick up how they speak, which means that you'll sound natural when you speak German too.

It's often said that a language hasn't been mastered until you master its idioms.

These are colloquial metaphors - in English, we might say "it's raining cats and dogs outside", which means that the rain is very heavy. But to a non-native speaker who is learning the language, that phrase sounds absolutely mad!

Once you've got the hang of idioms, you've basically got the language in the bag. It's the point at which you can truly communicate on a conversational level.

But never be disheartened if someone says something you don't understand. It's a chance to learn something new, not a problem.

Becoming fluent in German could open up many career paths for you, but it's not all about the work. Learning to speak German while you're in Germany will mean that you meet loads of people you wouldn't otherwise have met.

It's a country with an international outlook. It even actively encourages foreign students to come and spend time within its borders.

Learning to speak German there is great as you won't just meet Germans. You'll meet a wide range of people from different countries and cultures who want to learn the language too.

Many people find lasting friendships with the people they meet during their German adventures. And the natives' own positive outlook and acceptance of other people makes it a safe and fun place to learn alongside your new friends.

Germany is well-known for its culture and history.

From the Neuschwanstein Castle in Bavaria (which inspired the iconic Disney castle), built by 'Mad' King Ludwig II. To the remnants of the Berlin Wall in its capital city. Germany has hundreds of historical palaces and monuments of historical significance just waiting for your visit.

The country is also famous for its Christmas markets during the winter months.

Oh, and for those of you who are old enough, Oktoberfest remains one of the biggest and most celebrated of great beer in the world. Plus, German sausages are some of the best in the world as well.

Besides the historical man-made monuments, Germany has plenty of beautiful and interesting natural locations to visit.

These include a fair number of gorgeous national parks. The Black Forest might be the most well-known of these, but get the locals' opinion on whether it's the best.

In fact, wherever you go, always ask the locals the best place to visit in the neighborhood. It's a good ice-breaker, and you'll almost always turn up an unexpected gem.

While you're still learning, you can benefit from volunteering in Germany alongside your studies or take on a part-time job to further enhance your language skills.

Working helps develop a whole different set of language skills, as well as strengthening your ability to work with other people in a professional setting.

There are other career perks in it for you if you become fluent. You can get paid up to 20% more as a bilingual member of staff as a person who speaks only one language.

This is because employers value the flexibility of a person who can deal with clients in more than one country. It opens up far more business opportunities!

Germany is well-positioned on the map to make trips to many interesting and exciting countries.

It borders France, Poland, Denmark and the Netherlands (to name just a few of its neighbors), and the United Kingdom is just across the sea.

Austria is just to the south, and they speak the German language here too. So it's a great place to explore and further test your new language mastery.

Further north, there are more Scandinavian countries, and further south there's Italy and Spain. Trans-European rail services make all of these breathtaking countries viable for a visit.

We know you might be nervous about a trip to Germany, let alone living there.

Don't worry, everyone feels this way to begin with. Once you plunge in and you're living the adventure, you'll get over the hump and learn to love your new life abroad.

We operate German schools in Berlin and Munich, offering our students the chance to immerse themselves in two vibrant and lively cities.

Get in touch today to learn more about our courses. We'd love to tell you all the inspiring stories we can share about our past students!